This is a collaborative piece written by the members of group 3 from the International Teaching Human Rights class. 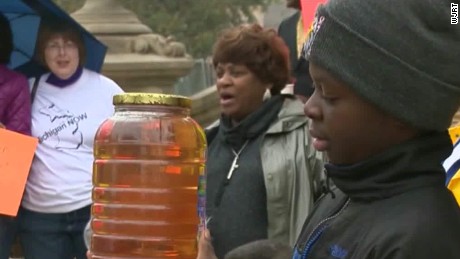 Other examples of environmental racism, specifically in the United States, include the systematic destruction of Native American land, the poisoning of Native Americans their reservations, African Americans in Louisiana’s “Cancer Alley,” and “pollution spillover” that affects Mexican-American communities located near the U.S.-Mexico border. These people all suffer from methodical victimization and exploitation by the government, the law and politics.  To investigate environmental racism further - to understand how and why it gets implemented at an institutional level - we will examine two cases of environmental racism: one in Israel and one in the United States. First, we’ll turn to the situation of the Negev Bedouins in Israel.

Since the last period of the Ottoman rule, the Bedouin communities in the Negev have been forced to abandon their traditional nomadic lifestyle in order to adapt to the sedentism of the modern world. With the establishment of the state of Israel, the majority of the Arab Bedouins living in the Negev desert decided to flee to Jordan, Gaza and other Arab countries. Those who chose to stay are supposed to be full Israeli citizens. They participate in the Israeli elections, and they even serve in the army. Yet, the coexistence of Arab Bedouins and Jews has led to a number of conflicts due to religious and cultural differences. In 1968, the state planned to build seven population centers, also known as townships, which had the purpose to concentrate the Arab Bedouins within these areas. Expecting to receive access to education, water, electricity and a health system, many accepted and resettled to the townships. Once moved there, they legally lost their lands and livestock – the very two things Bedouins as a shepherd community depend on. The loss of agriculture, along with financial instability caused by the state, led them into a state of poverty and misery. Most of the people living in those population centers are considered internally displaced persons. However, it is crucial to understand that these townships are officially recognized by Israel – other Bedouin villages are not.

Unrecognized Bedouin villages, like Wadi el Na’am, can be characterized by the fact that the state has refused basic services to the settled community as a means of pressuring them into the townships and confiscating their land. They have been deprived of the right to water, electricity, clinics and schools. Moreover, the inhabitants constantly fear orders of mass demolition and active destruction of their agrarian fields. According to the Law of Planning and Building, a house can only be built once granted permission. As the necessary licenses are not granted in unrecognized villages, their houses may be legally demolished at all times. Najib Abu Arabiyeh, a resident of Wadi el Na’am, explains that these violent attempts to make the people leave have been dominating the village for about thirty years. Another method was to build factories right next to the community. Ironically, the ‘Israel Electric Company’ provides electricity to almost the whole country, except to Wadi el Na’am which is located only a few meters from the fabric. The same applies with the national water supplier ‘Makorot. The unrecognized village lies extremely close to the industrial zone Ramat Hovav, considered by many to be the most polluted area in the Middle East, and has, since its establishment, suffered from cancer and mortality rates that are 65% higher than any within a twenty kilometer radius. The whole industrial zone encompasses nineteen hazardous agro-and petrochemical factories and a toxic waste incinerator. Ever since it was founded in the 1970s, children living in Wadi el Na’am and other closely located villages, have been victims of the exceedingly high asthma rates and eye infections. A significant amount of the Bedouin women find themselves having abnormal many cases of miscarriages and the Bedouin’s main source of income, the livestock, has died from infections. Another instance happened in April 2003 when the association ‘Bustan L’Shalom, a grassroots human rights and environmental sustainability organization, decided to build a hospital in Wadi el Na’am after the people had been denied one by the Israeli government. The authorities had claimed that they did not want to put their doctor at risk of working so close to Ramat Hovav. So, the community managed to realize the project with the help of donations. Nevertheless, it was built without a required license, and although it opened in 2004, it may be subject to demolition at any time.

To examine a case of environmental racism in the United States, we turn to Flint, Michigan. Flint was a booming lumber and auto manufacturing town until the late 1980’s when the effects of disinvestment, deindustrialization, depopulation and urban decay took hold. A state of financial emergency was declared in 2002 and then again in 2011.  In April of 2014, in an effort to save money, the state of Michigan made a decision that would change the lives of thousands of Flint residents and put their town in the headlines for months.

When the state of Michigan took over Flint’s budget, they decided to temporarily switch the water source from Lake Huron and the Detroit River to the Flint River which had previously been a toxic dumping ground for General Motors. Residents immediately began to complain about the foul smelling water, rashes, hair loss, and other issues. Politician and city leaders assured the residents that the water was safe to drink, disregarding the clear indications that there was a problem. After the switch to the Flint River, Virginia Tech researchers found that water was highly corrosive and, in violation of federal law, the Department of Environmental Quality did not treat it, resulting in lead contamination and a legionnaires disease outbreak. Denial and negligence turned a bad decision into a tragedy for thousands of people, many of them children, and most of them Black and/or poor. Flint is 57% black, and more than 41% of its residents live below the poverty line.  It’s clear that what happened in Flint was heavily influenced by the racial and socioeconomic demographics of its residents.

According to Dr. Robert D. Bullard, Flint is just one of many cases of environmental racism in the United States. There are uncountable examples of minority towns and neighborhoods inundated with hazardous waste, lead and deadly chemicals. He offers the example of West Dallas, Texas, where a battery recycling smelter let out a ton of lead particles every business day that ended up in the neighboring blocks that were inhabited by Black and Latino families; Emelle, Alabama where incinerators and landfills for chemical waste were placed in minority communities with the worst in Sumter County where 9 of 10 residents are Black; Uniontown, Alabama, 90% Black population, where toxic coal ash was dumped in its Arrowhead Landfill; and the list goes on with examples of how low income and minority populations are exposed to unhealthy environmental conditions.

Perhaps what is most appalling about these acts of environmental racism in Israel and the United States is that the environmental hazards that harmed these communities were perpetuated by the very governments that are supposed to protect them. This sort of environmental racism often violates what many people would agree are basic and fundamental human rights. In Human Rights: A Very Short Introduction, human rights are defined as “a rather special category of rights” that are based in “extraordinarily special, basic interests, and this sets them apart from rights, even moral rights generally.” Although there is not a complete consensus on what constitutes human rights, typically access to water, food, and a safe living environment would fall under this category. Environmental racism is not an issue that is specific to a single city or country, but affects minority populations around the world. Because of its global impact, it is important to recognize environmental rights - such as access to clean drinking water and protection from poisonous toxins - as basic human rights. Unfortunately, international enforcement of human rights has been historically weak, especially when sovereign governments - such as the United States’ government and the Israeli government - are perpetuating human rights violations. However, the growing visibility around these egregious instances of environmental racism will hopefully inspire greater action around the issue.